This was it, my first official city. I was really here, I was really doing this alone. Getting to Rome had been somewhat of a hassle (of course, I couldn’t start my adventure off with things being easy, now could I?). Because I was already in France for the Language Assistant job, my parents came up for a little holiday with me before I went off on my Europe tour. We went to various places in France together, ending in Lyons, where they were to take a plane to London and then back home and I was to take a train to Rome. Unfortunately that train wasn’t going to get me there in one go.

I went through the same platform terror I had gone through when I first arrived in France, flitting frantically through the train station trying to find where I was supposed to go with very little signage to help me out. That train then took me from Lyons to Chambery Challes where I transferred to another train that took me to Turin, Italy where I would have to spend the night before transferring to the train that would actually take me to Rome. Because my life can never seem to be quite so simple, the train station I arrived at in Turin and the train station I would be departing from were two different train stations. Porta Susa and Porta Nuova, respectively.

In the months leading up to this trip, knowing I would need to spend a night in Turin before I could actually get to Rome terrified me. I didn’t have a place to stay, I didn’t have a plan (considering what a nervous traveller I was, I probably should have tried to come up with a better plan beforehand), the best I could come up with was that I might have to spend the night in the train station, and I didn’t even know if that was allowed. When I finally did arrive in Turin, I made my way to the station I would be departing from rather than have to panic about doing that in the morning. I decided against attempting to spend the night in the train station (who wants that to be the start of their trip anyways?) and I walked across from the station where I got a room for the night in the first hotel I found. Everything went much smoother than I expected and before I knew it I was on my way to Rome. Hurrah!

I arrived fairly early in the day, so I did actually have time to do stuff on that first, unofficial, day in Rome, which I hadn’t planned for. I walked around the city with a girl I had met in my hostel. We went and saw the Trevi Fountain, the Pantheon, the Piazza di Spagna, the Piazza del Popolo, and a bunch of other things. It was a lot of walking and I was knock-out tired by the end of it, and I still had three fulls days left in Rome to fill up. It felt like I had seen the entire city before my trip had even started.

I awoke the next morning to my first official day in Rome, my first city on my adventure, and I was excited, despite the grumbling my feet were still doing from all the walking the day before. I decided to begin the day by trotting off to this thing called the Time Elevator, which was meant to be a 5D experience (you know, motion simulation, smells, 3D pop-outs, wind, the whole shebang) telling the history of Rome. I felt that seemed a fitting way to start, so off I went in search of the Time Elevator. This was the very first thing I was doing all alone, since the day before I had toured the city with the girl from my hostel, so it felt like a very momentous occasion. It was a fun show, but I was hoping to learn a little more from it. Oh well.

By now it was the middle of the afternoon. I decided to meander over to the Colosseum to check it out (this was one of the few places we had missed on our walk the day before). I figured I wouldn’t actually go in it yet, because the line up would no doubt be crazy long, and I had been planning on waking up early the next morning to try and beat the line (I am not a huge fan of waiting in long lines). As I made my way over, I went by lots of people doing some pretty cool things, like balancing on posts, blowing giant bubbles, and wearing all kinds of crazy costumes. I walked around the Colosseum first, just staring at it in awe, still not quite believing I was actually here. To my surprise and pleasure, there was hardly any line up at all and I ended up finding myself inside the giant amphitheater in only about ten minutes (in the middle of the day, in May!). I was even more awestruck inside than I had been walking around. If you ever get the chance to go see the Colosseum, do it. It is an incredible sight to see, absolutely amazing to see how much of it is still standing, especially when you compare it to other Roman ruins. My breath was taken away from me. 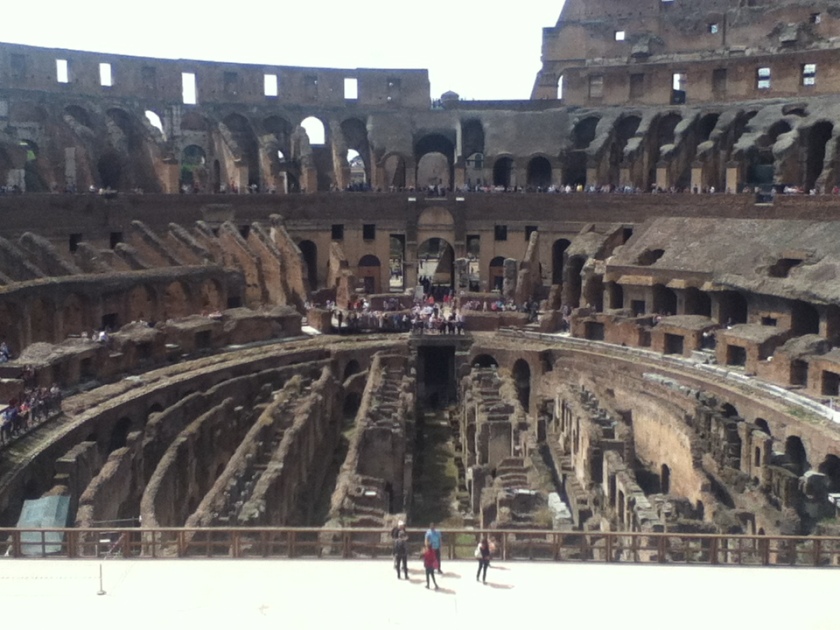 My ticket to the Colosseum also got me into the Roman Forum and the Palatine so I went to see those next. I spent the next few hours walking the many paths that led throughout the Palatine grounds and the Roman Forum, weaving in and out of broken down ruins, trying to take it all in. It was pretty spectacular. I could only imagine what it all must have looked like when everything was still intact. There was one section off the path that was covered in what looked like purple glass shards scattered all around the ground and I read on a sign about one of the emperors being so paranoid about assassins that he had had his courtyard built up with glass so that he would always be able to see behind himself. I think this is probably my favourite story I took away from this day.

Then it was time for dinner, my first meal alone in a foreign city, which I’ve already talked about in a previous post, so no point going into it again. I will just say that it was the perfect way to end the day.

Until next time travel bugs, signing off – mwah!

Pictures from my wanderings: 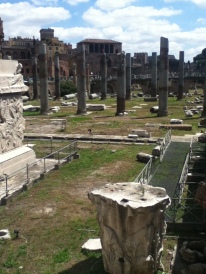 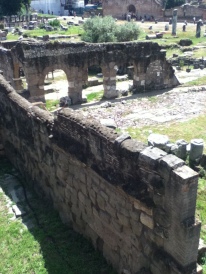 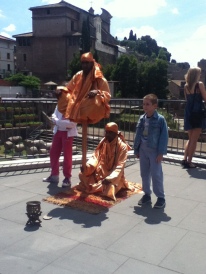 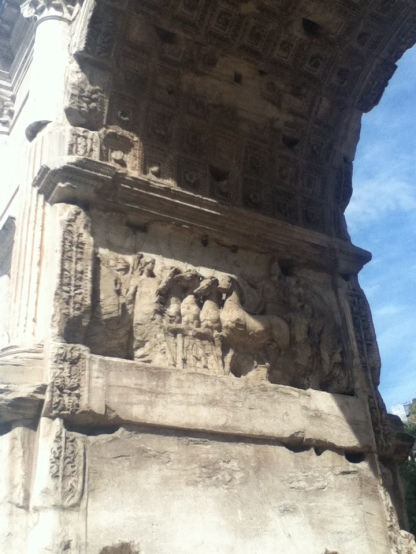 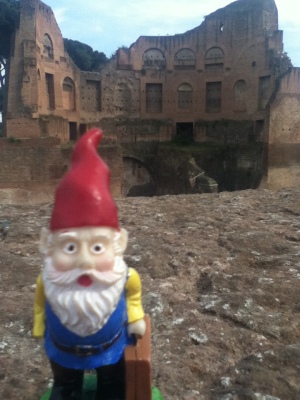