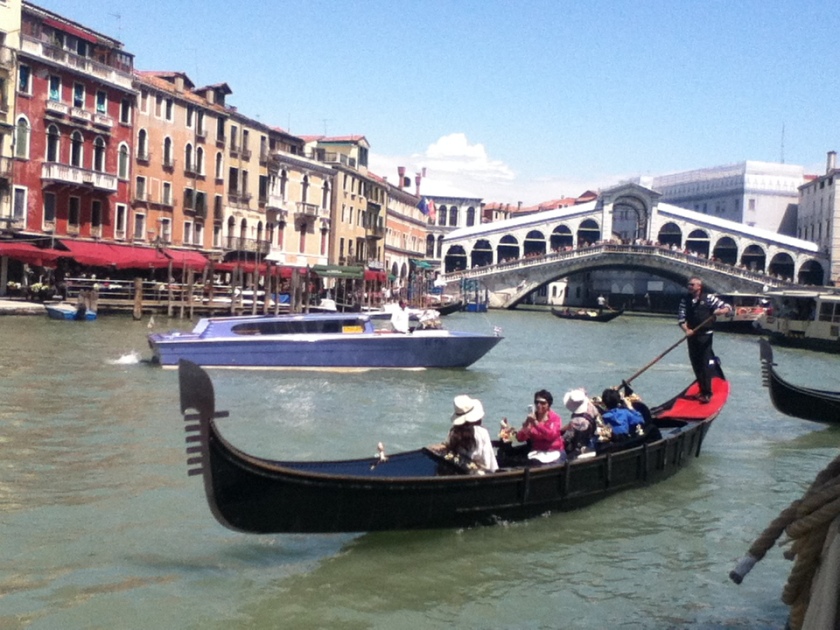 The rest of my stay in Venice was filled with relaxing exploration. Because Venice was one of the places I’ve wanted to visit since childhood, I chose to stay there for a week rather than my usual three days as I did in most of the other places. I knew mostly what I wanted to do in the floating city was, well, float around and just see. So float around I did – quite literally in some cases.

My third day consisted of the self-dubbed Phantom of Venice tour. Back home, my favourite computer games to play are the Nancy Drew ones by HerInteractive (which are amazing, and anyone with an eye for adventure and mystery should check them out). One of their games, The Phantom of Venice, takes place in, surprise surprise, Venice. I decided it would be a bit of fun to go around and take pictures of all the locations in the games, trying to match them up as close as I could with the screenshots. So that’s what I did, and I was super impressed by how accurately I actually could match the real places to the screenshots. Just goes to show that they really did their research when designing the game. The Piazza San Marco was spot on. Good job guys!

After patting myself on the back for such a successful tour, I headed to the Ca’ Rizzonico, which is a Venetian mansion-house turned museum. Essentially like visiting a mini castle (for the win!). It was gorgeous! You go through the house, visiting all the rooms set up as they would have been in their prime, and there’s lots of Italian artwork scattered around. My favourite rooms were the ballroom, where I could just picture the balls that would have been held there, with the women in their elegant ballgowns and the men all suave. I glided through it, humming “A Dream is a Wish Your Heart Makes” and gazing at the gorgy-porgyness of it. My other favourite section was a set of rooms on the second floor that included a bedroom, a boudoir, and a waiting space for the lady of the house. What I loved was the colour theme of those rooms, pale pink and pale green entwined together, my favourite colour combination (mostly because they look beautiful together, and a little bit because those were Marie Antoinette’s colours).

I couldn’t take pictures inside the Ca’, but in the lobby photos were allowed, where they keep one of the original gondolas, so I can show that to you guys. I couldn’t get it all in one frame because it was huge!

And that was day three for me.

Day four consisted of hopping on every single water bus and just seeing where I would end up on the island. I saw some amazing views, floating within the canals and around Venice. 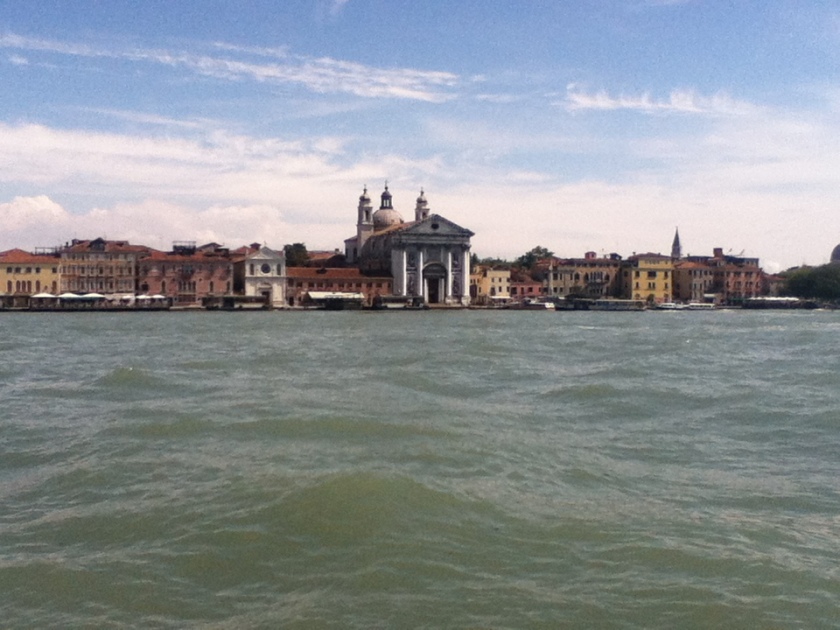 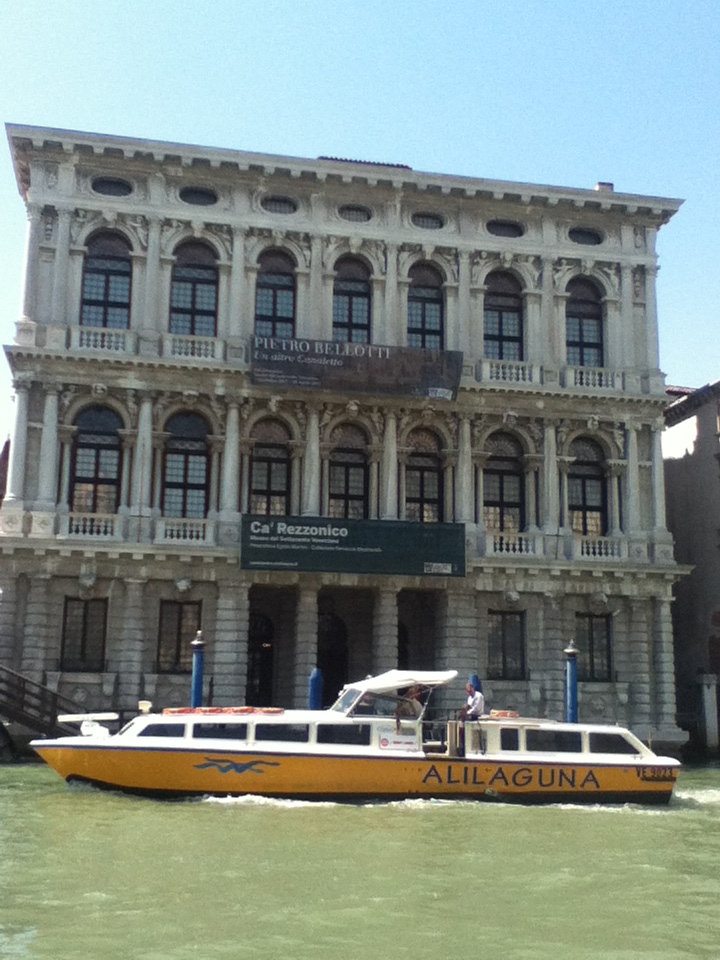 At one point I was sitting in the Piazza San Marco writing. If there’s one thing to know about Venice, it’s that there are probably more pigeons there than canals. They are seriously everywhere. Walking through squares I felt like I was herding them. 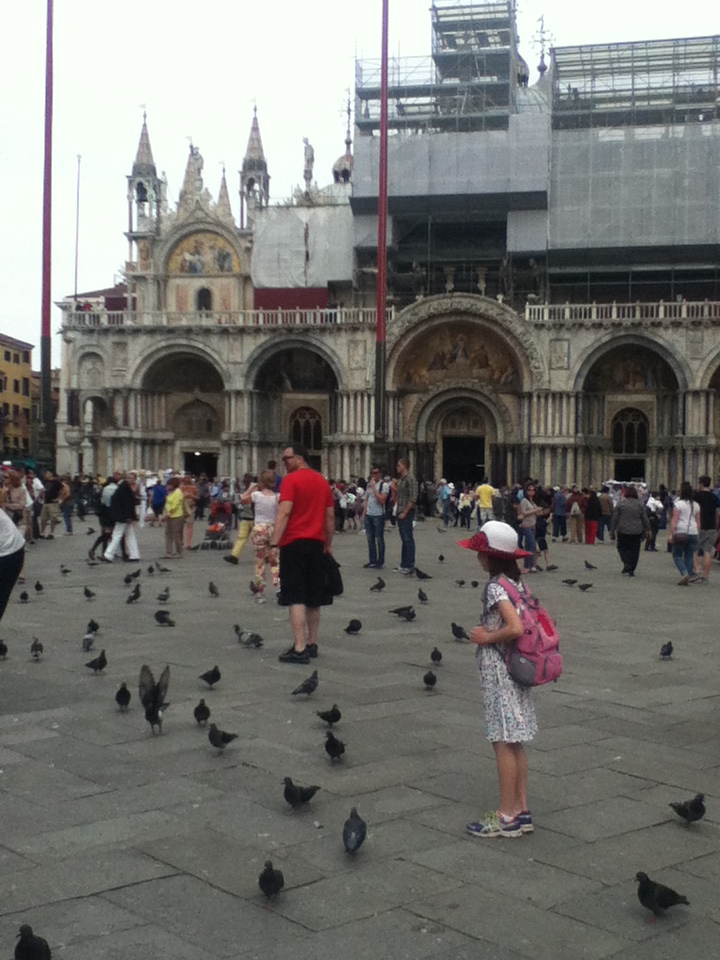 This photo doesn’t even do the amount of pigeons justice. Anyways, I was sitting in the Piazza San Marco, and I couldn’t believe how much variety there was in pigeons. Here we just have the light grey ones with the rainbow necks. But there I saw white ones, white and black, white and brown, brown, dark grey, so much variation! And their feet! Oh their poor little feet. There were so many pigeons that I saw with missing toes and mangled up feet. One little guy didn’t have any toes, he was just stubs. Another had string wrapped around his feet and he was hobbling and tripping around. It was the saddest thing I think I’ve ever seen. Never thought I’d feel bad for pigeons. Poor pidge pidge.

And that was essentially my trip to Venice. Next I was off to Austria – Salzburg and Vienna, here I come!

See you there travel bugs 😉 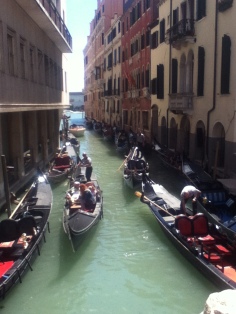 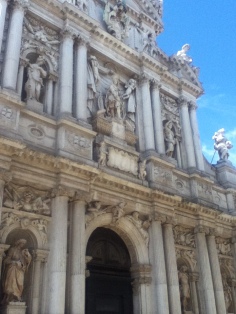