The second I arrived in Salzburg, it was like I had stepped right into The Sound of Music, one of my favourite movies and the main reason I had added Salzburg to my Europe tour. Walking through the streets, listening to church bells tolling and birds chirping, I felt the magic; being there was like stepping back in time.

So what was I going to do in Salzburg on my very first day? Go on a Sound of Music tour, of course!

With excitement coursing through me, I hopped on the movie-themed tour bus. The tour was to take us to see the various filming locations throughout the area. Our first stop was the lake, where Maria and the children tip over their canoe and fall in. Fun fact – it’s a man-made lake!

Extra fun fact – although that house in the picture was used as a filming location for the Von Trapp mansion, it wasn’t what they used for the back of the house, so any scene with the back of the mansion and the lake together are actually two completely separate locations.

We then drove to Schloss Hellbrunn, which was not a filming location but is where the gazebo is currently being held. The gazebo’s now locked up so tourists can’t get inside, because a couple of years ago an old lady tried reenacting the scene where Liesel’s jumping around the benches, and the woman broke her hip… I returned to Schloss Hellbrunn another day to explore the castle (stay tuned for that water-filled adventure in a later post!)

We drove past the other house they used for the Von Trapp mansion, as it’s front, including the tree-lined driveway the children were climbing in when Captain Von Trapp returns.

Afterwards we left Salzburg and drove up into the Lake District, which was absolutely gorgeous. The hills truly were alive with the sound of music, and so was our bus as our delightful tour guide was blasting The Sound of Music soundtrack throughout our journey. 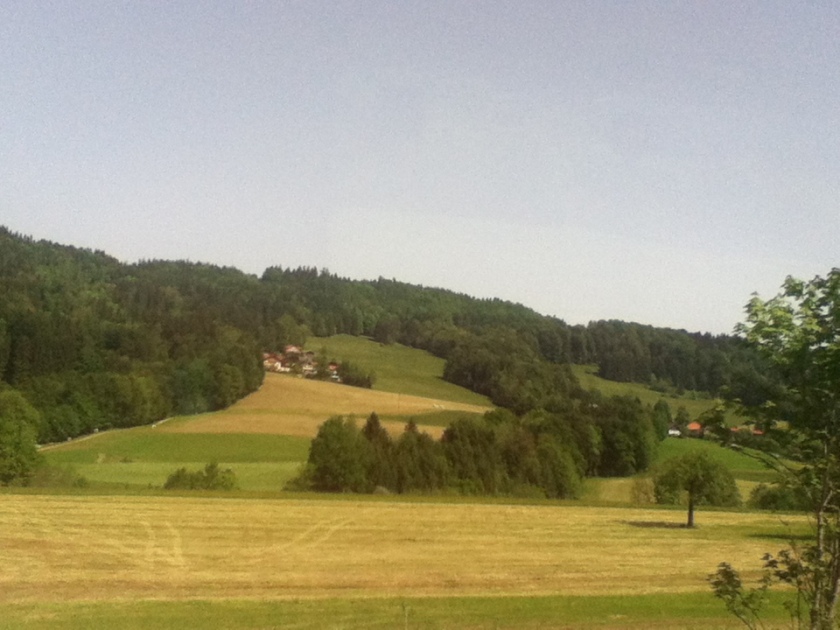 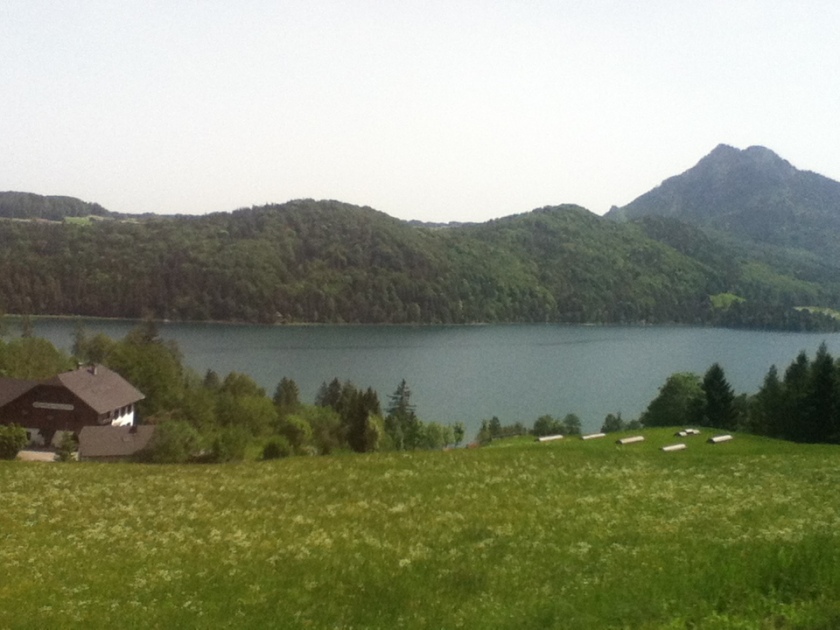 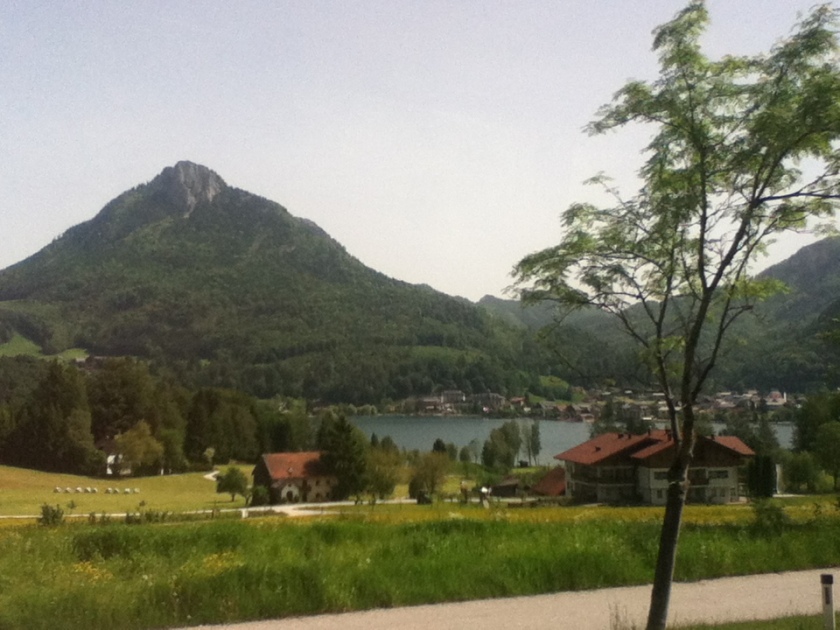 We drove into a little town called Mondseeland, which is where the church they used to film Maria and Captain Von Trapp’s wedding is located. The church was really lovely, and the town was so quaint and adorable! I got an apple strudel with hot vanilla cream sauce, which was probably just about the best thing I’ve ever tasted (if you find yourself in Mondseeland, get one! I was told the ones from the purple building in the fourth picture is where they make it best.) 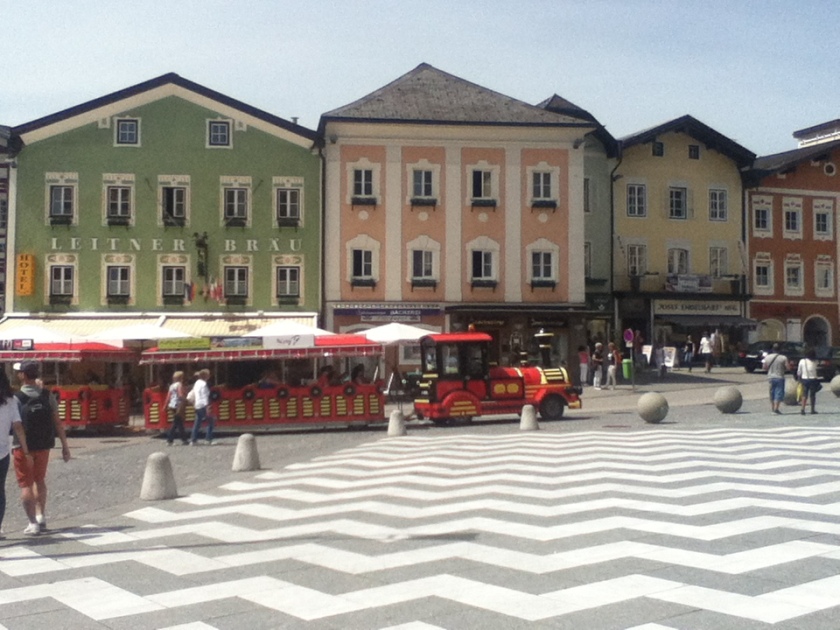 Then it was back to Salzburg.

But my day didn’t end there, oh no! Straightaway I was jumping onto another tour bus to be taken to a salt mine. On this trip we crossed over to the Germany-Bavaria region, which is just such a cool thing to be able to just drive straight in like that. One second I was in Austria, the next second I was in Germany. How many countries have you visited today? Oh, you know, TWO!

(It’s really hard to see in the second photo, as I was super far away, using a crappy camera, and on a moving bus, but way up on the tip of that mountain was the Eagle’s nest, a hangout place for Adolf Hitler.)

The mines were amazing, probably one of the coolest things I’ve ever done. We had to put on these jumpsuits, which were super flattering (lolz, not). Then to get into the mine we took a little train which went through a super cramped tunnel at breakneck speed. I legit almost fell out at one particularly sharp turn. It was also pitch-black. Fun times. But actually it was (unless you’re claustrophobic, then I wouldn’t suggest it). After getting off the train, we walked around a bit. I did take photos, but again, my camera wasn’t the greatest so none of the shots are very good, as it was quite dark. 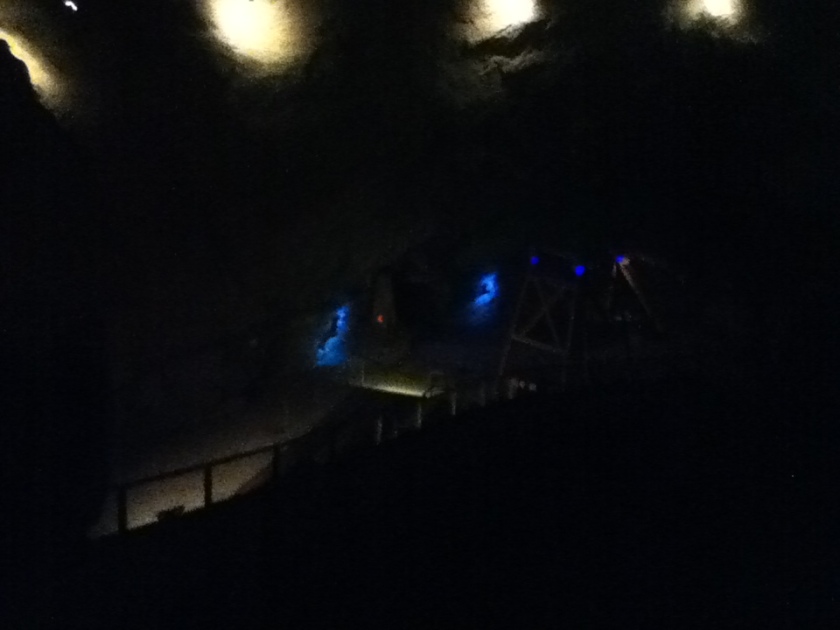 Then, then, then! We did the most fun thing ever. We slid down deeper into the mine on wooden slides! Whoosh whoosh whoosh, zippy zoom! So much fun! There were two of them. It felt like I was at an amusement park.

We were shown mining equipment and various set-ups they had.

Then we came to an underground lake in the mountain and we rafted across it, which was also very cool. As we went across the water, there was a light show and music, and it was quite pretty to see the lights reflected on the surface of the water. 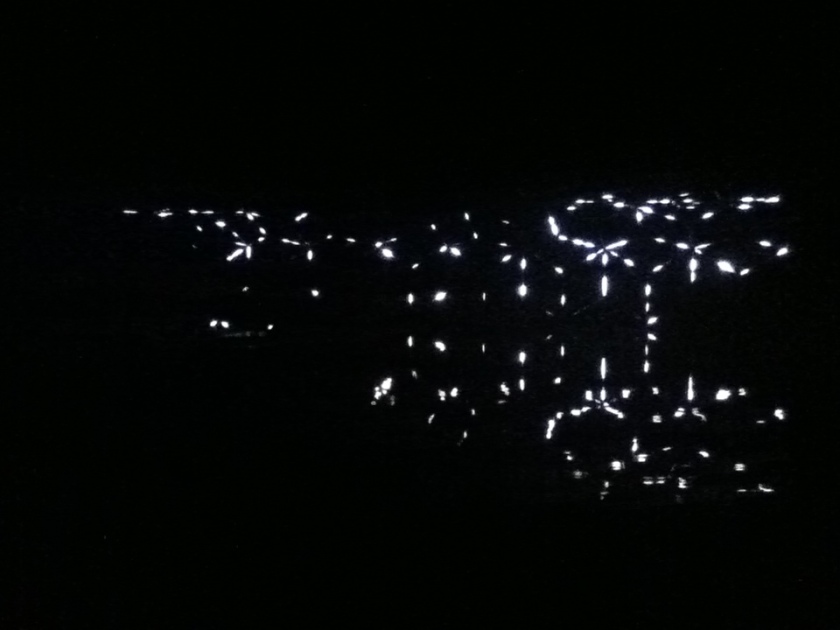 After several more exhibits, the tour was over and we took an elevator back up to surface level, then the train of death once again to get out of the mine.

When I got back to Salzburg I took a stroll through the Mirabell Gardens, as this was where most of the “Do-Rei-Me” song was filmed. The gardens were quite lovely, and it was fun to spot the areas they used in the movie. 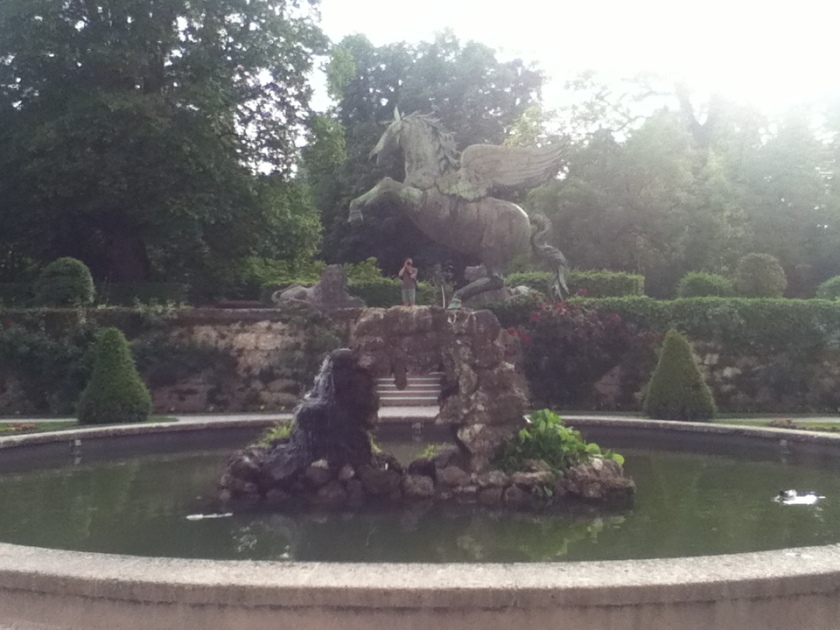 And that was my first day in Salzburg. It was wonderful! I felt like I had a truly grand adventure that day, and it only got better from there.

I’ll end this post with a delightful joke my tour guide told me that day: Two guys are walking through a cemetery in Vienna and they come across Mozart’s grave. But they notice all these musical notes floating up from the ground so they go over and ask, “Mozart, what are you doing?” Mozart responds, “Why, I’m de-composing!”

Heehee, corny jokes are my favourite.

Anyways, signing off. Until next time travel bugs – mwah! ♥ 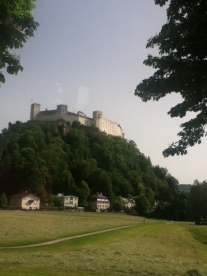 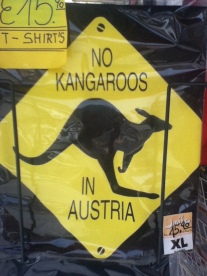 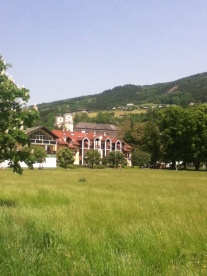 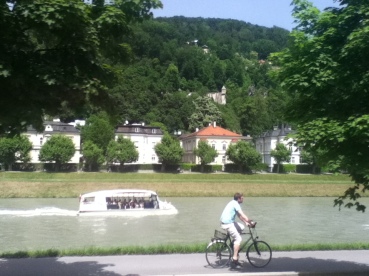 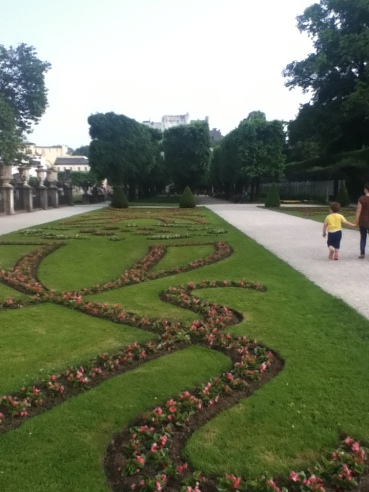 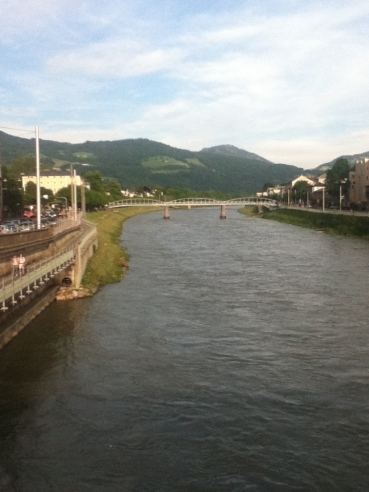 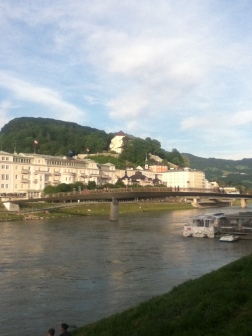 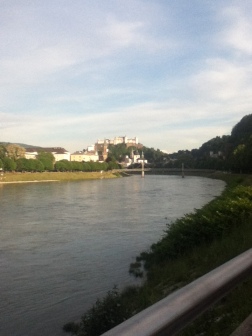 2 thoughts on “The Hills are Alive with the Sound of Music – Salzburg, Day 1”