My second day was spent avoiding the rain and exploring the Upper and Lower Belvedere Palaces. There was a three-ticket deal including both the Upper and Lower Belvederes as well as the so-named Winter Palace. As my post from day 1 in Vienna was already extensive, I did not include my visit to the Winter Palace, which I went to after finishing my tour of the Hofburg.

The Winter Palace consisted of only eight rooms which could be visited, but those eight rooms were quite exquisite (although, once more I have no photos, as they were not allowed). I included the Winter Palace in my day 1 touring because it’s quite close to where the Hofburg is, and the Belvedere is in a different location altogether, which is why I left those for a separate day.

I set off early in the day, to make the most of the steady weather of the morning. As I trusted my feet (slightly) more than I trusted my judgement of the correct stop to get off at in the metro, I walked to the grounds of the Belvedere. I found my way with no problems (I was in a constant state of impress my entire time in Europe for how well I was getting along with maps and directions, as anyone at home could tell you, I normally suck big time at both maps and directions).

As I approached the Upper Belvedere, I was greeted with the growing familiar sense of awestruck. What a magnificent building lay before me!

I made my way through the grounds, taking pictures galore from every possible angle.

The impress of the Belvedere truly comes from the outside. While you can go into both the Upper and Lower Belvederes, and I did, there isn’t the same kind of room set up as in, say, the Hofburg. The Belvederes have been turned into a sort of art gallery, which is fine and dandy, but not the pinnacle of my interest. I’m more interested in seeing castles as they would have been in their prime, which is why I adore Versailles so much. I’m glad to have gone to the Belvederes, but compared to the Hofburg, and especially compared to what I saw the next day at Schönbrunn, the Belvederes reign much lower in my eyes. Of course, having said that, they’re still worth seeing, simply for their beautiful exteriors, especially that of the Upper Belvedere.

Views of the Upper Belvedere: 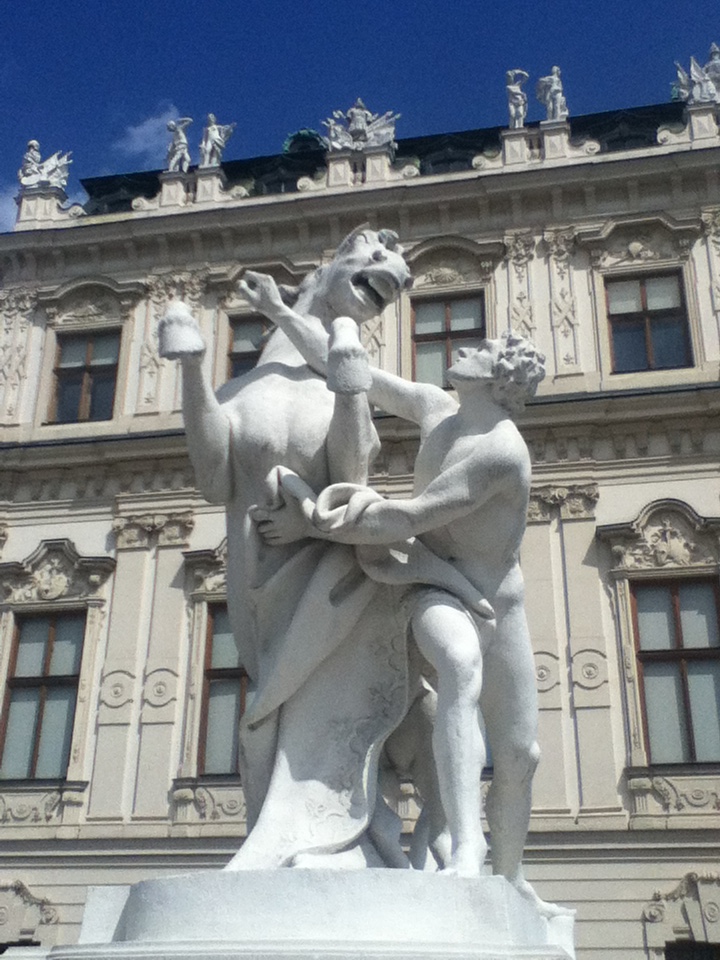 I made my way down to the Lower Belvedere, one weary eye on the sky. 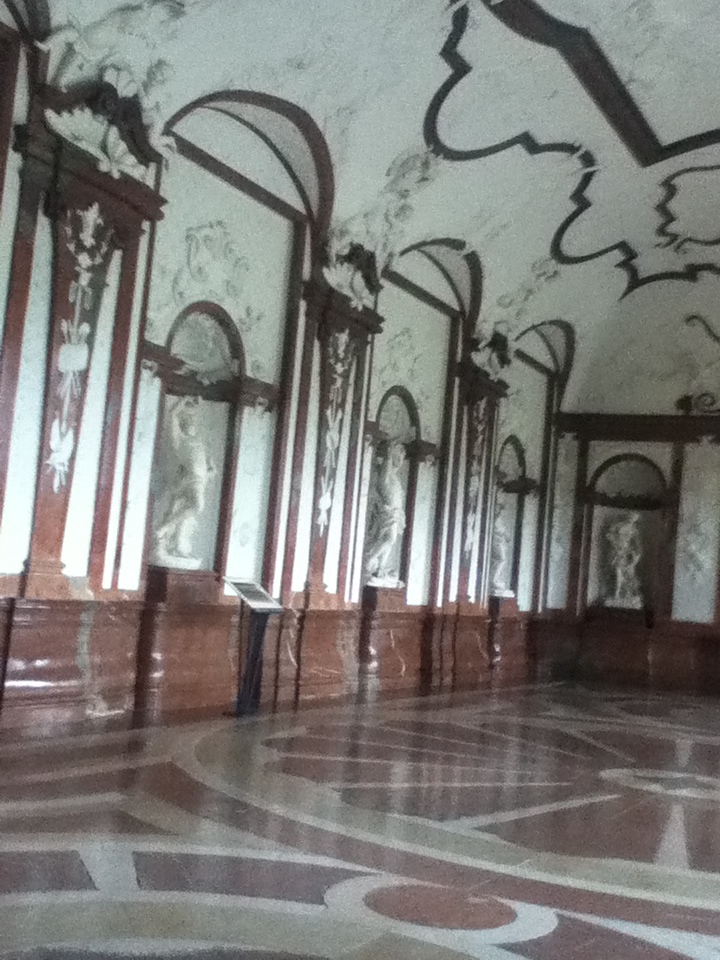 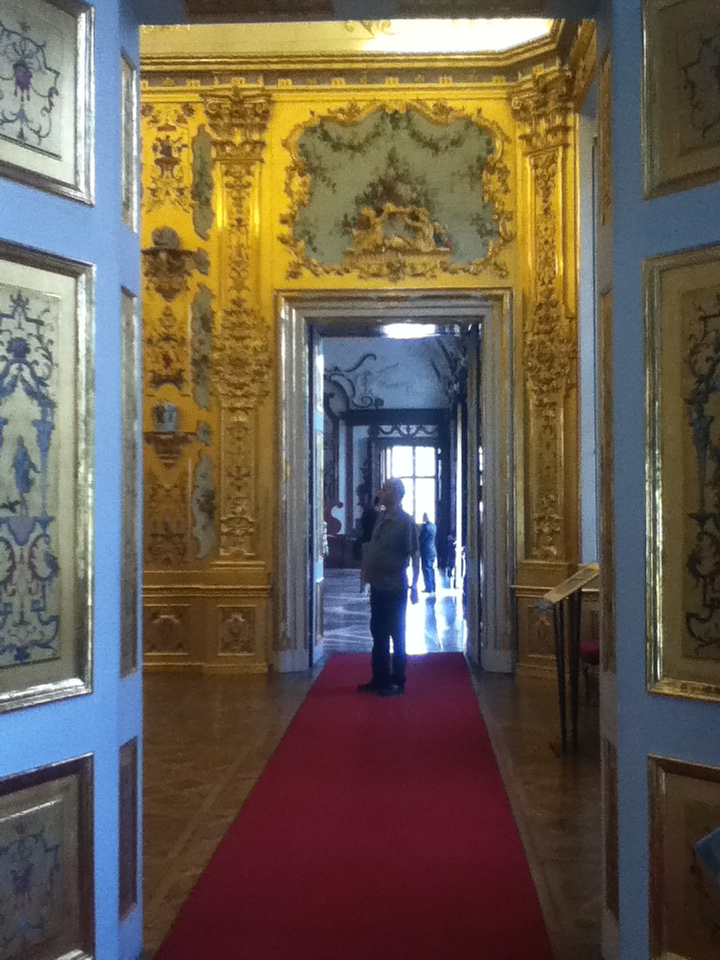 The Belvederes are a worthy visit, but my visit was now complete.

As I wandered off in search of lunch, I felt the first drops begin to fall. At first it was just a couple, but suddenly a gushing downpour broke out, and I was trapped out in the open.

So far in my journey, I’d been lucky with the weather and had managed through clear skies up until now. I sprinted to the cover of a tram station, my dress and shoes soaking up the rain. There were a couple of food stands right there so I bought myself some lunch and sat on a bench under cover of the tram station, and was content to wait out the rain. I ate slowly and swung my feet, hoping I wouldn’t be rained out of my plans for the next day.

When the rain eased off, I scurried back to my hostel to dry off. Once inside it imediately started raining again with a vengeance. Content that I had managed to do the main part of my plan for that day (the rest of my day would have consisted of meandering through a park and taking in the views), I wasn’t terribly upset about being rained in now.

By the time supper rolled around, the rain had settled and a group of girls I had gotten to talking to from my room, also stuck inside from the rain, and I went out to eat. We went to an Asian cuisine restaurant, where I had the most amazing noodle dish I have ever had (still to this day), and that was pretty much it for my rainy day 2 in Vienna.

One thought on “Racing the Rain – Vienna, Day 2”