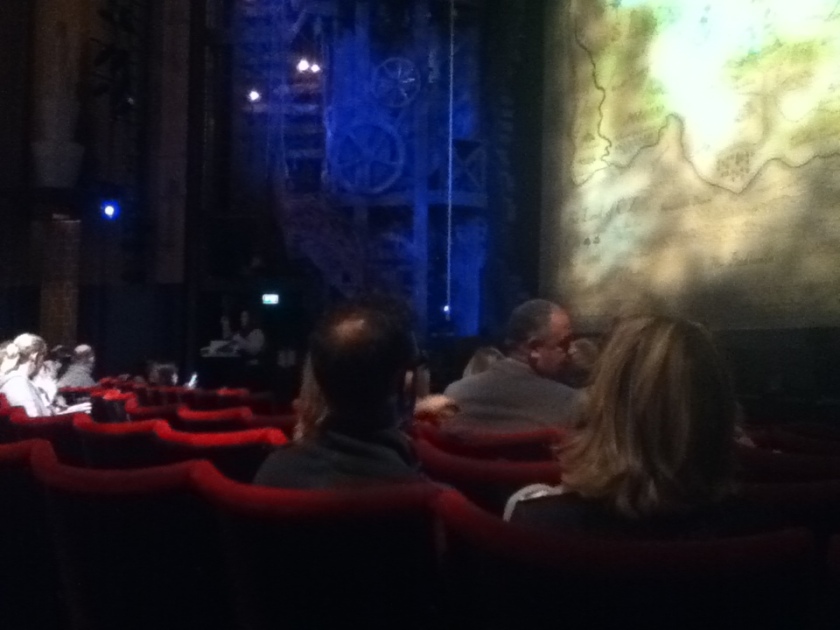 If you are a fan of literature, especially of English literature, then you have to go to the British Library in London. What they have there will make your mind blow – it certainly did so for mine.

I went into the British Library on the advice of a friend, not really sure what to expect. I’m so glad I did, because what I got to see was just about the most surreal thing I’ve ever experienced.

There is a section of the British Library which has displays, and in one of these rooms is a bunch of old manuscripts and other documents. If you are at all interested in this kind of thing, then you will go crazy, like I did.

Both my writer and my reader minds were blown away. There were manuscripts from Jane Austen, Charlotte Brontë, Charles Dickens, Thomas Wyatt, and so many more. It was absolutely incredible! I got to see the actual, original manuscripts for some of my favourite books! The coolest thing about the manuscripts was that you could see where the author had made notes in the margin about the story, things that they had crossed off, things they added in. The author’s editing process was laid down on the page right before my eyes! I can’t explain how amazing that was to see. It was basically like watching the book being written in front of me.

There are also Shakespeare folios (so, not original manuscripts, but old copies of collections), as well as one of the oldest copies of Beowulf in existence today. The Beowulf was cool to see too, because it was an original version of the poem next to a more modern (but still pretty old) translation of the poem, and it was neat to see the differences the text went through during the translations.

And it’s not just literature treasures that can be found here, either – there’s original sheet music from composers like Mozart and Bach; sacred texts such as very old versions of the Bible, Torah, and Koran (with beautifully illustrated pictures); there were a bunch of historical documents, including the Magna Carta, and scientific documentation like Scott’s journals from his expedition to the South Pole. All really, really cool stuff to go and look at. Like I said, if you are at all interested in this sort of thing, then you have to go check it out because it will blow your mind. Seeing original texts of things you love is always an amazing experience.

After a fantastic morning being blown away in the British Library, I headed back to my room to get ready for a night out at the theatre!

The girl I had met a couple of days earlier, on the walking tour of London (and the same girl I went to the Tower of London with), invited me to go and see Wicked with her. Wicked is one of my favourite shows, so I of course said yes.

I saw Wicked when it came to Vancouver, and just fell in love with it, so getting to see it for a second time, on a British stage no less, was an extra special treat. That show is amazing. It’s hilarious, it’s adorable, it’s so clever; I love the way it ties into the original story of the Wizard of Oz. It is a great alternative to our friendly Wicked Witch of the West. Everyone should see it if they get the chance!

Getting to see a theatre production in England is a really special thing. I’ll have more on that when I make my next theatre post, because you bet I went to see multiple shows! Take advantage of the stage whenever you can!

One thought on “A “Wicked” Day in London”