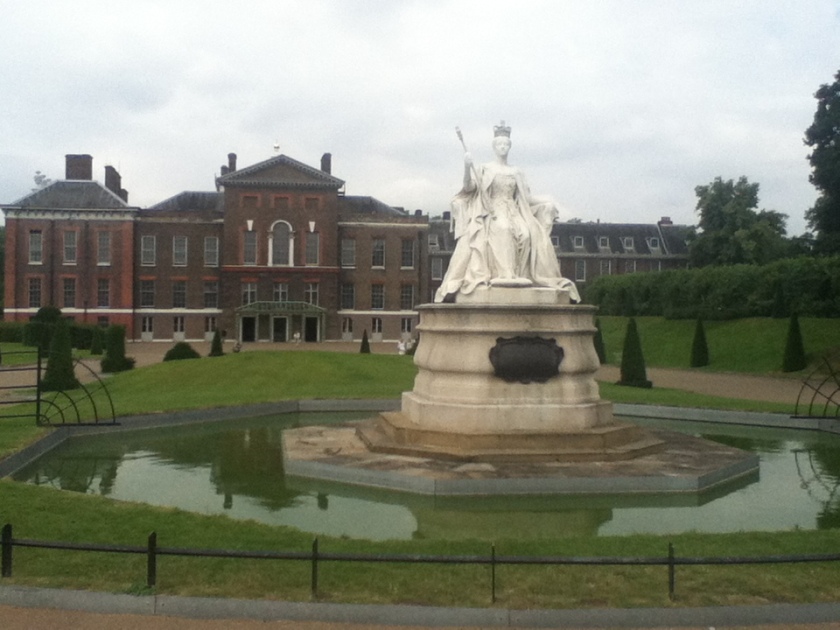 My visit to Kensington Palace was a pleasant one, although it did contain probably one of the biggest frights of my life, which is ironic considering I went to the London Dungeon the day before.

Kensington Palace focuses more on the modern line of royals (so, Queen Elizabeth II and her family), as well as on Queen Victoria, so if those are the things that interest you, Kensington is the palace to go to.

While this was is not the era that captivates the most interest for me, it was still a wonderful palace to visit, with beautifully detailed rooms and exquisite grounds that seem to expand forever.

There are rooms which display dresses worn by the Queen, her sister Margaret, and Princess Diana, and in the Queen Victoria section there are some of her dresses and accessories on display, which I always find interesting and exciting to look at. 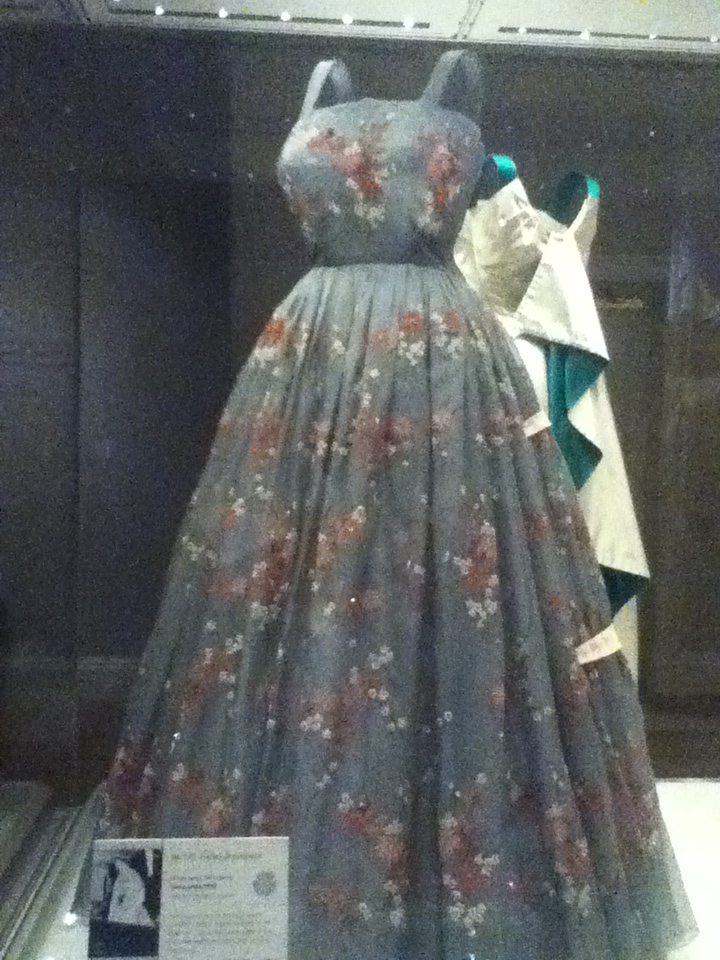 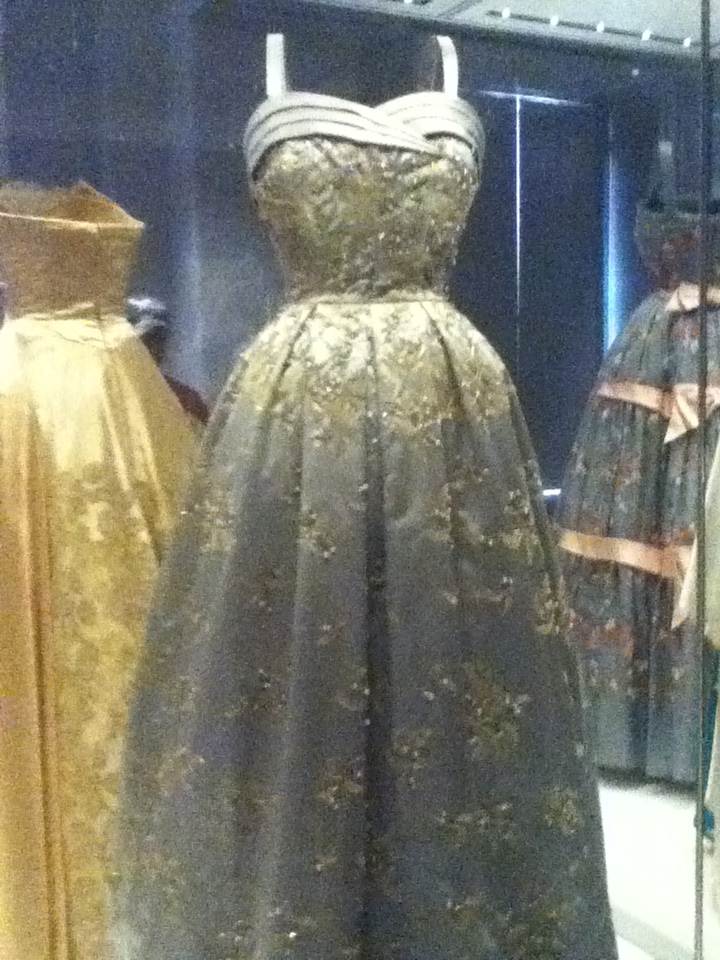 I couldn’t believe how short Queen Victoria was! Her dresses were so tiny.

There were actually a lot of fashion samples on display, from various time periods. 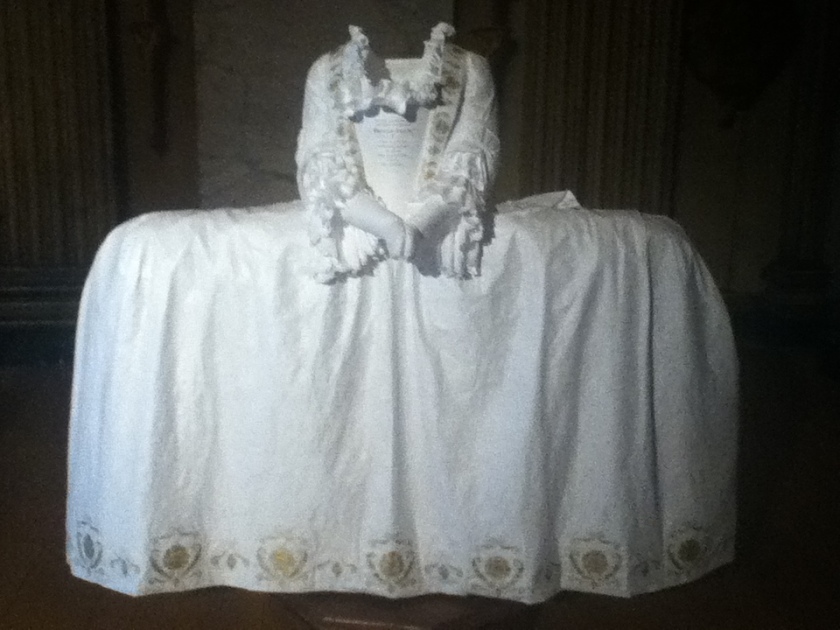 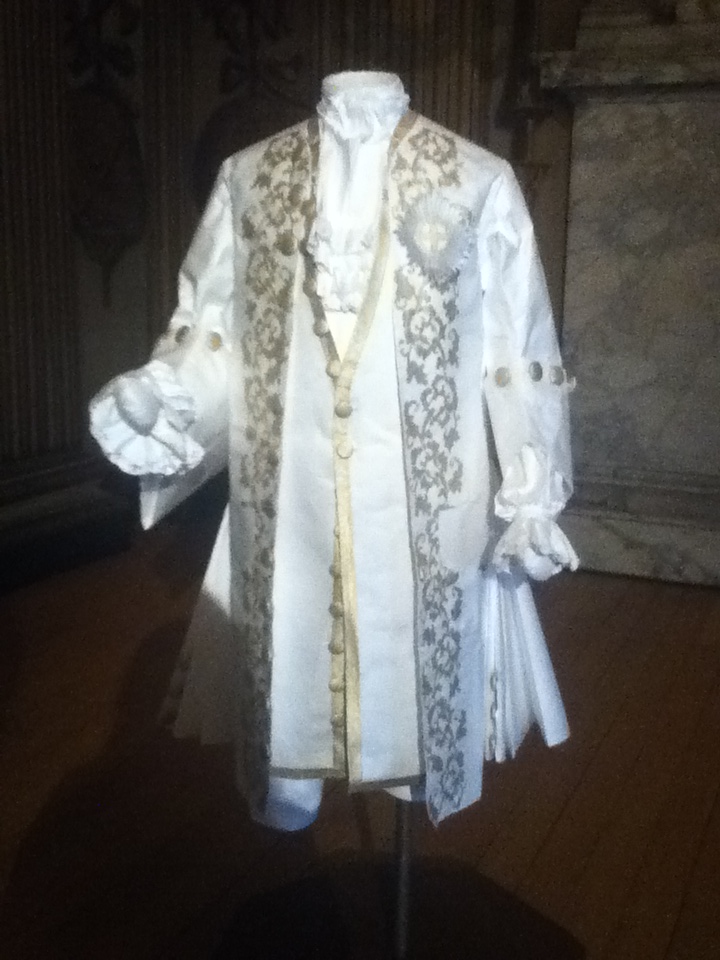 These were cool because they were replicas made out of paper.

As I was exploring the rooms of Kensington, I came across one particular mannequin that seemed a bit off, although I couldn’t quite put my finger on what was wrong. I was looking at it for a while, and then I figured it out. It wasn’t the mannequin that was wrong, it was its shadow. 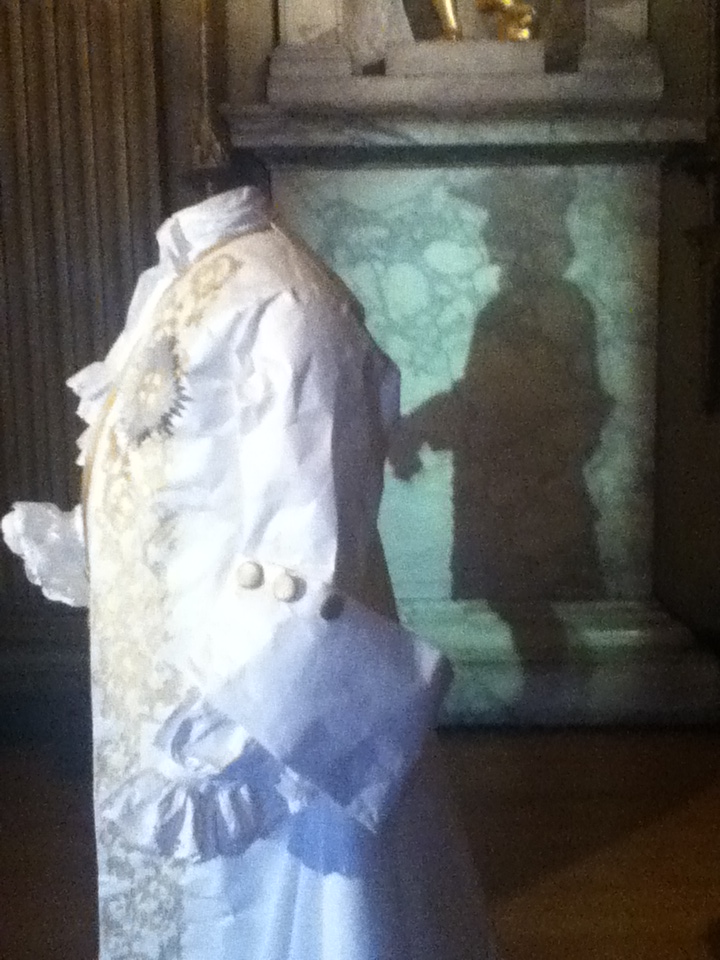 The shadow has a head but the mannequin doesn’t! For the life of me, I couldn’t figure out where the head was coming from. I’m looking at it, trying to figure this out, WHEN ALL OF A SUDDEN THE SHADOW MOVES! IT TURNS AND LOOKS RIGHT AT ME! Oh man. Oh man. Scared the absolute living daylights out of me. I practically fell over. Then the shadow started dancing across the wall and I realised quickly it was just a projection coming from somewhere. The man figure joined a lady figure from the other side and they danced together. Oh-ho Kensington, you win this round. Never did I trust another shadow after that.

After I was finished with the palace, I went to explore the grounds, which had some really lovely gardens. 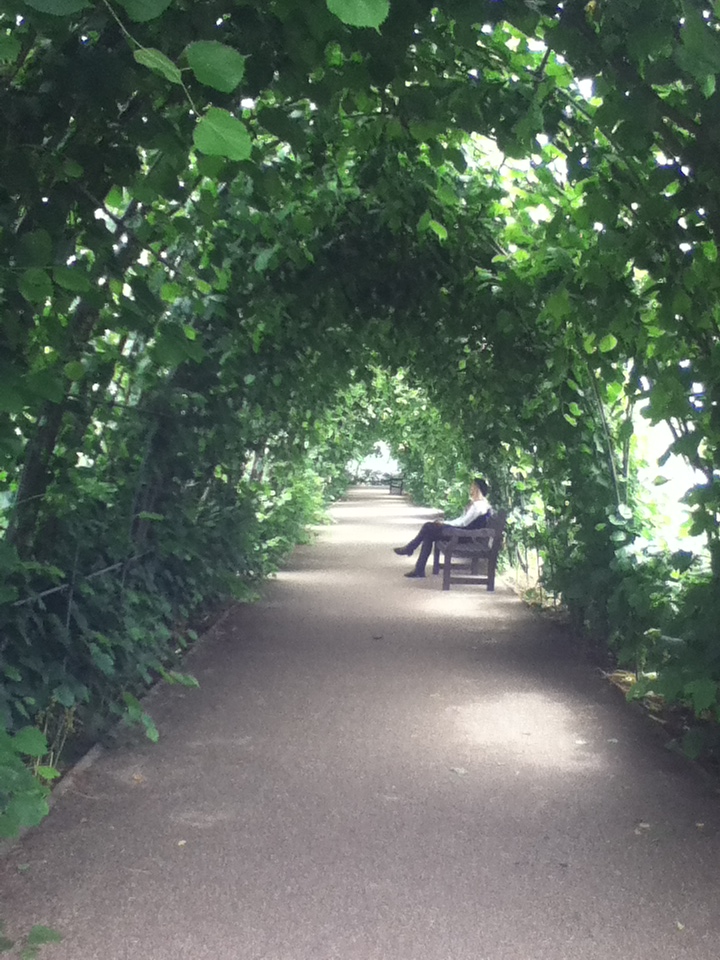 And that was the excitement of Kensington. Don’t trust the shadows.