After hunting for scorpions, I felt like I could take on anything in the desert. And anything was exactly what the desert threw at me. From hiking in the blazing heat, to riding a camel, I think I pretty much covered every desert activity out there.

We started the day with a hike. A hike along a stream. And then up a very steep incline. Remember how hot I said the desert was – and now there we were hiking in that heat. But it was a very pretty hike, through a cavern, along a nice little stream, and we threaded our way up the cavern and I was feeling very accomplished with myself when we reached the top. Plus now that my toe had healed, hiking was no longer a painful endeavour, and, despite the heat, I had fun on this hike. There’s nothing like finished a hike in the heat to make you feel like you have superpowers. 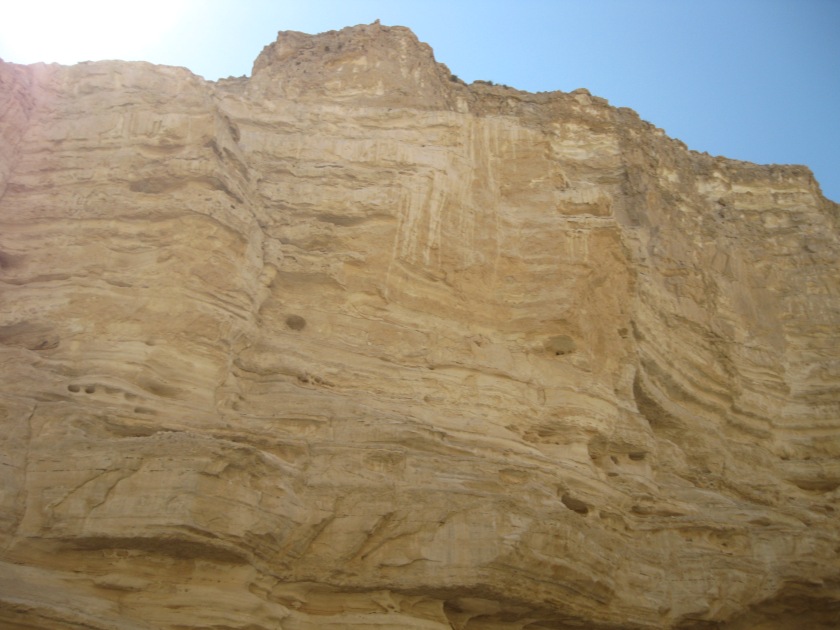 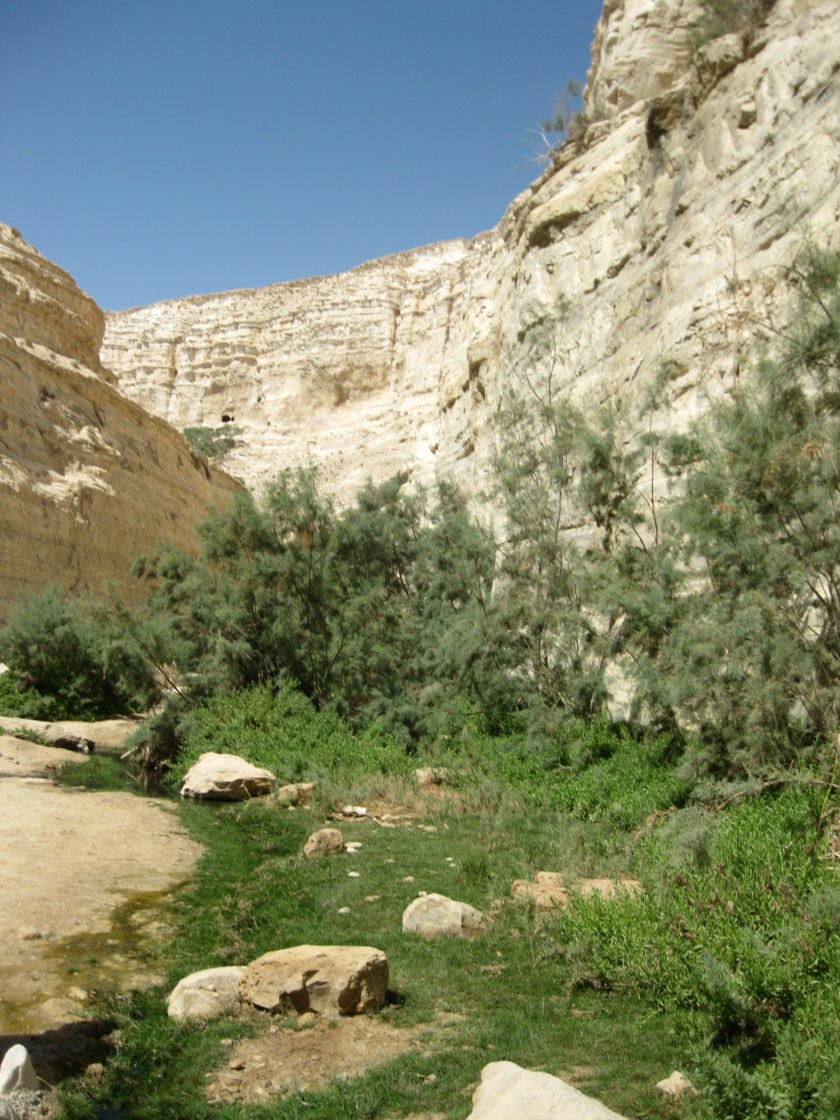 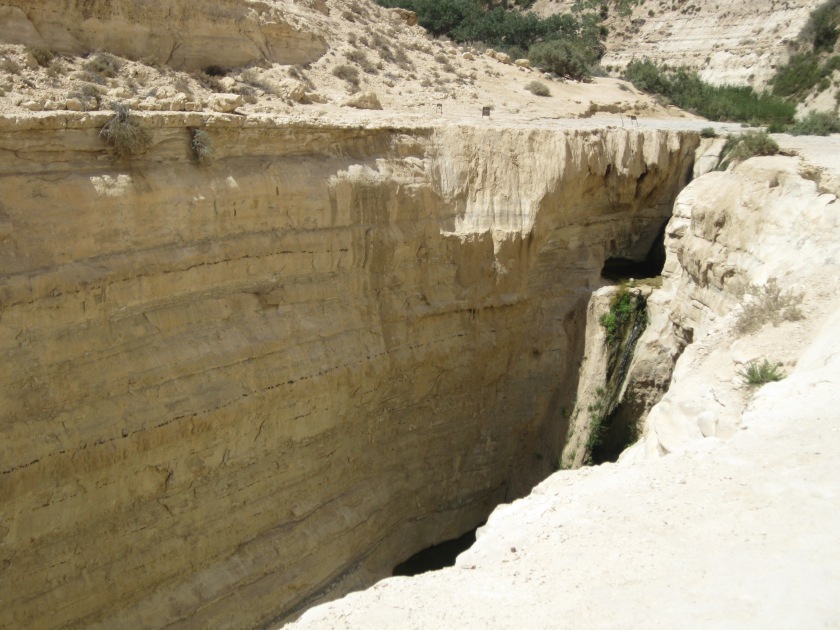 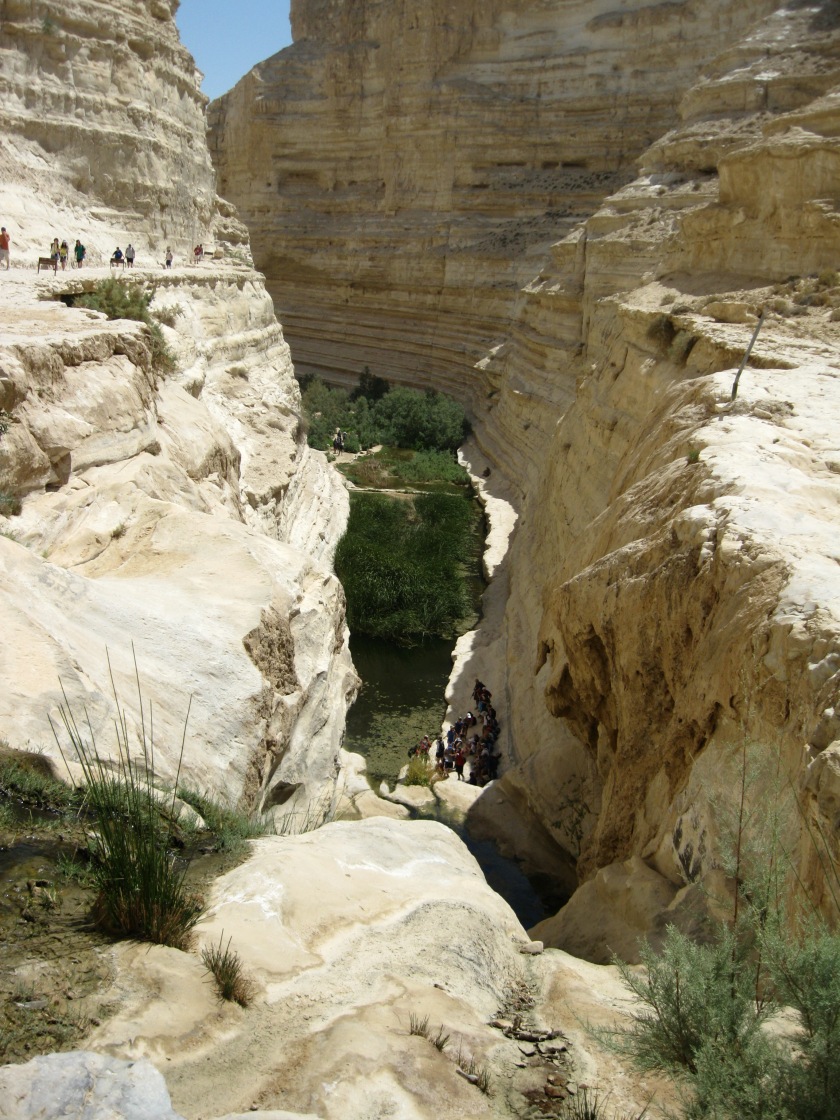 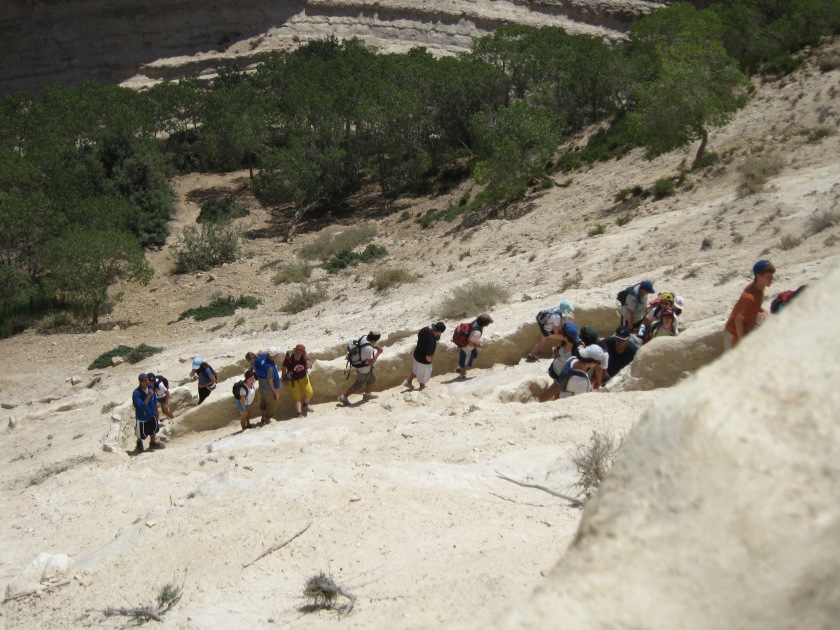 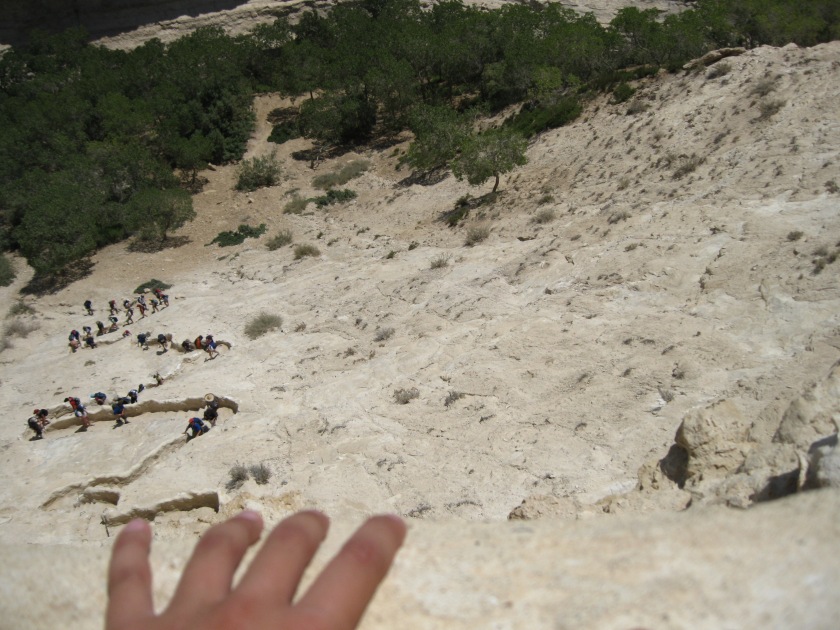 After completing the hike, we were taken to a canyon. This was a pretty magnificent canyon – layers and layers of multicoloured sand as far as the eye could see. One patch was reddish; another with a hint of yellow; there, some white; here, some brown. We were given see-through bottles and allowed to wander about the canyon, collecting some of the sand. 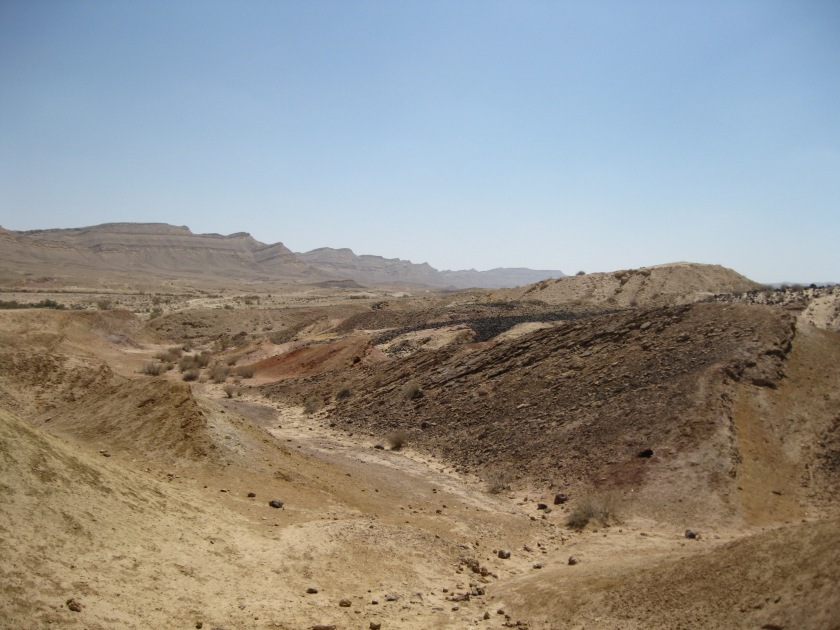 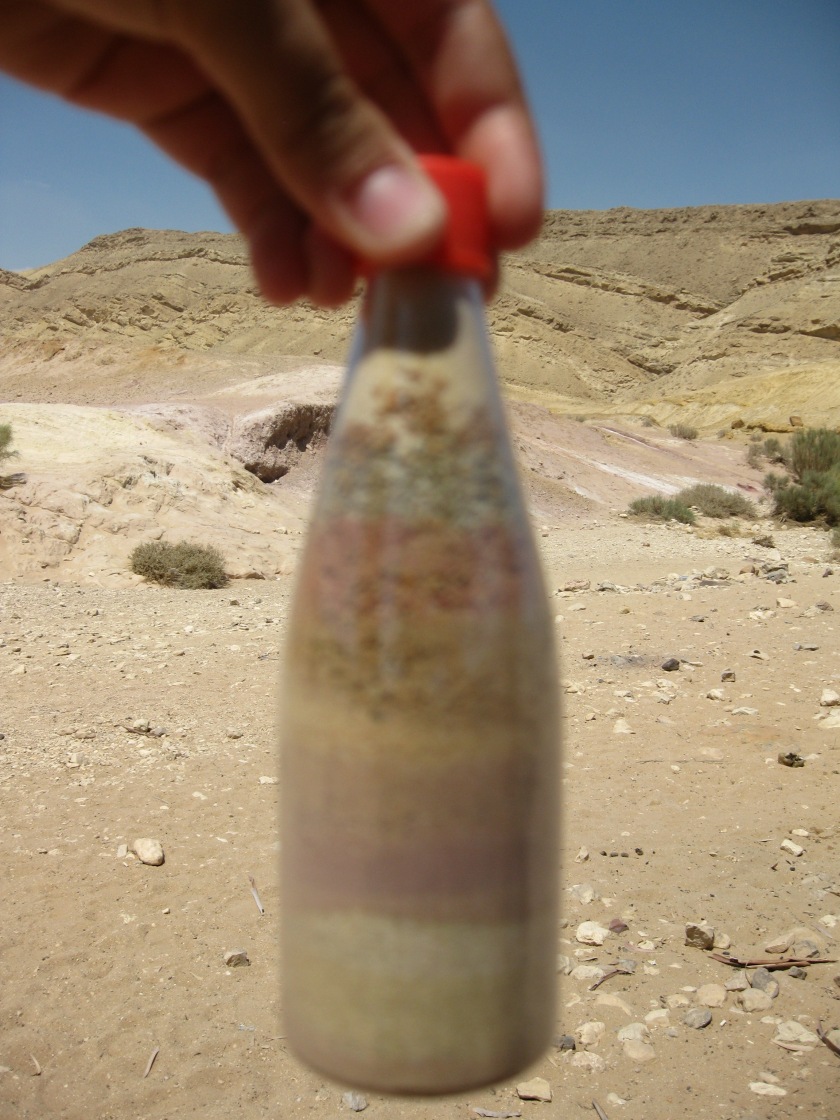 Then it was time for the most exciting part of the day!

We were taken to a Bedouin settlement and met with the people who lived there. There, we feasted, lounging on pillows beneath the cool shade of canopies, listening to what the leader told us of their way of life. It was fascinating, and one of the coolest experiences I’ve ever had.

We were set up on camels and set off – racing through the desert on the backs of camels! Well, not racing, more like meandering, but any pace is cool when it’s done on a camel. Some people also rode donkeys for a bit of it. 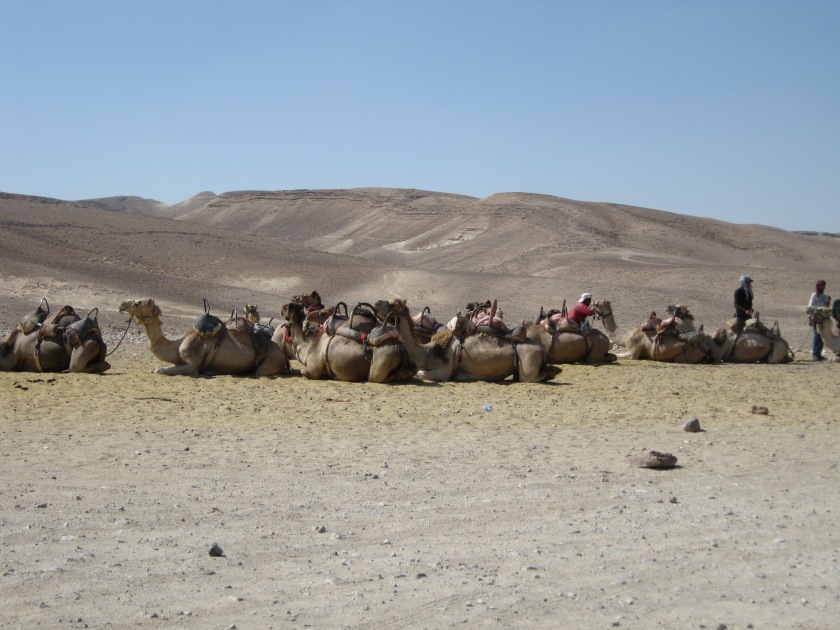 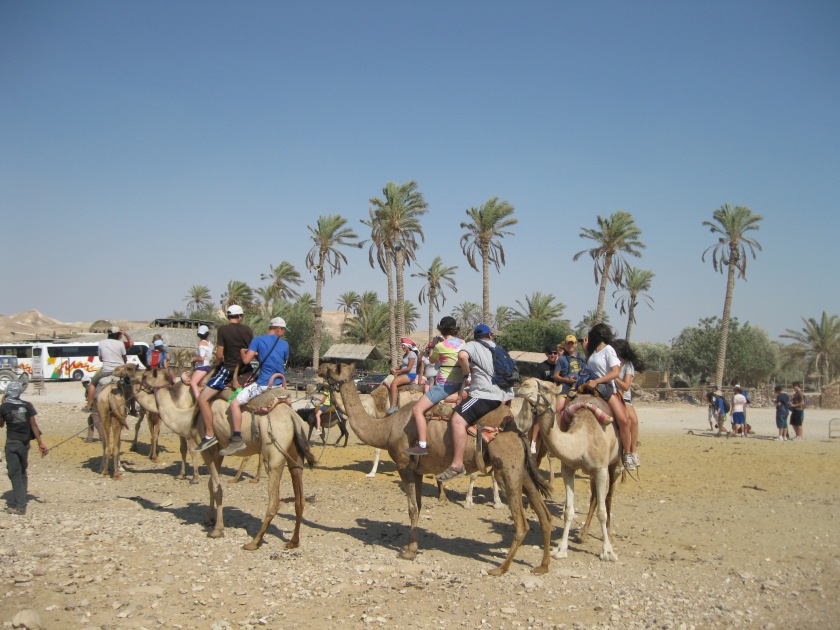 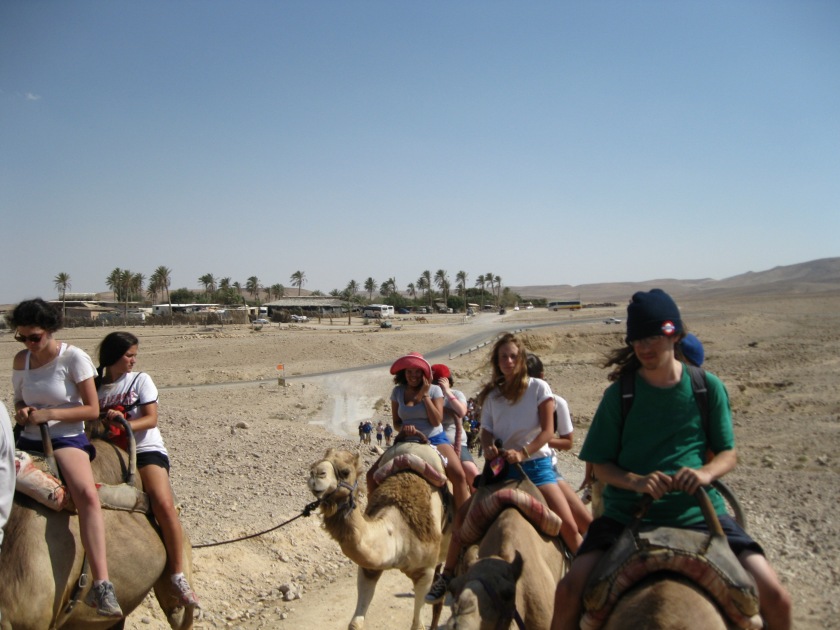 That day was a lot of fun. It left us pretty exhausted, so it was a good thing we were put to bed quite early that night – it was going to be an early start to the next day of adventure!