I just got back from my very first business trip, which is a pretty cool statement. I got to fly out to Alberta to help with some training and interviewing. Three days straight of travelling, on a plane each of those days, travelling to two cities. Crazy town.

I went to Calgary first, then to Edmonton. The weirdest part was on Wednesday, when I knew I was going home the next day but before that I’d still be going first to another city.

I flew out to Calgary Tuesday afternoon and spent the night there. Wednesday was a full day of work and then that evening I flew to Edmonton and stayed the night there. On Thursday I did half a day’s work and then flew home. Like I said, crazy town – at least to someone like me whose never done any sort of business trip before.

It was great to get a hotel room to myself, with a king-size bed. I got to meet some of the people that I had helped to hire, so that was cool too.

I think I legitimately froze to death though. I was barely outside for any of the trip, but it was enough to feel the difference in temperature to what I’m used to in BC, that’s for sure. In Calgary I was outside for maybe ten seconds moving from the hotel to the car and my hands froze stiff. Took ages to bring the feeling back into my toes as well.

Edmonton was even colder. I was sitting in the car, and I could see my breath. In the car! Thank goodness for seat warmers. It was -18 when we left.

I lucked out and got window seats on each flight. Flying over BC during the day is incredible. Mountains everywhere, as far as the eye can see. 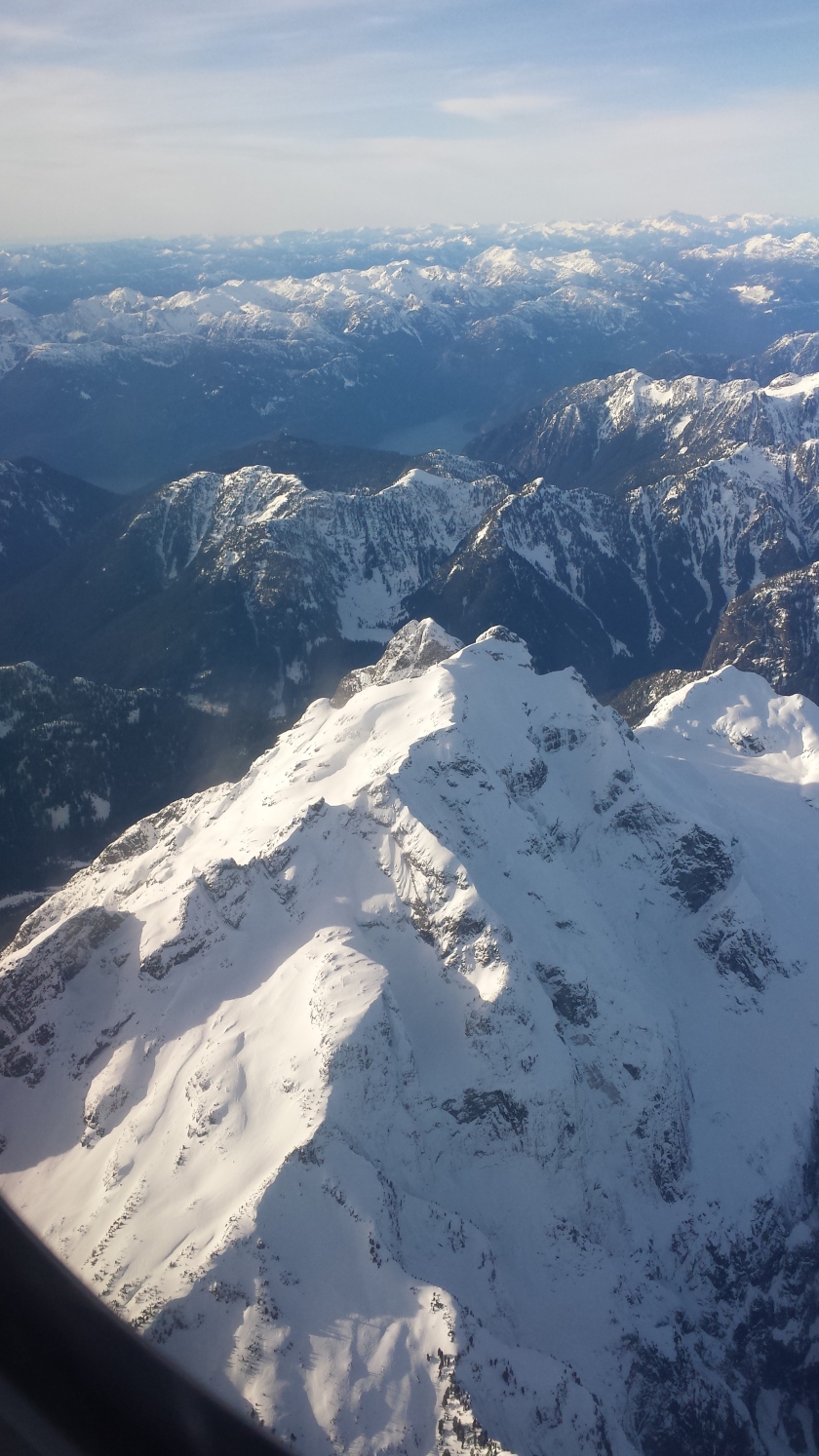 I may not have been gone for long, but it’s so nice to be home. *Dives into bed* Time to snuggle down.