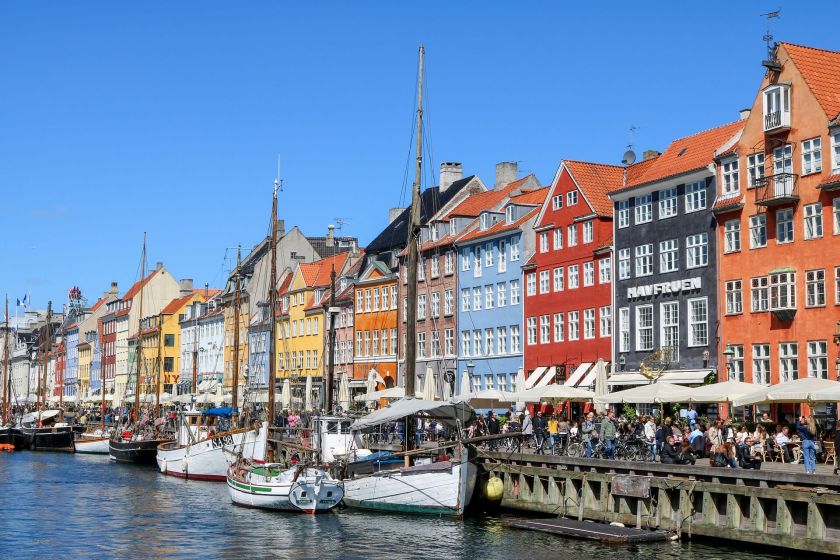 Back in 2019, we travelled to Copenhagen, Denmark for our vacation that year and had a blast adventuring around the city and surrounding areas. What with travel feeling a bit like a thing of the past right now, I’m going to travel vicariously through my past self and share our trip’s highlights!

Unfortunately, I won’t have many pictures to share with the stories. My computer died on me before I had a chance to back up my photos from the trip, and sadly I was unable to recover most of them (always back up things right away, kids!).

But on with the show!

We eased into our trip with a Sandemans free walking tour of the city to get our bearings. I’ve been a fan of the Sandemans tour group for a long time now, taking tours with them in Barcelona, London, Amsterdam, and Edinburgh (check out our Edinburgh tour here!).

Their tours are always top notch. I feel like I learn a lot about the city, with stories you might not hear from more traditional tours. It’s a good way to start a trip because it gives you an overview of things you’ll want to check out later and maybe even add a few spots you didn’t know about. Plus, the guides are very entertaining.

Our tour began in City Hall Square and took us past several of the palaces we’d visit on future days, including the Amalienborg (the current royal family’s residence) and the Christiansborg (previous royal residence, now houses parliament).

Fun fact that I learned: since the mid 1400s, every king of Denmark has been alternatively named either Christian or Frederick all the way until their current monarch, Queen Margrethe II (with one random John in there from 1481 to 1513). That’s a lot of Christians and Fredericks! (10 and 9, respectively.) Margrethe II’s eldest son, the Crown Prince of Denmark, is also a Frederick, so the pattern continues!

We ended our tour at Nyhavn, no doubt one of the most iconic neighbourhoods of the city. You’ve probably seen a picture of it without even knowing it. Nyhavn is the picturesque waterfront area in Copenhagen where the tall masts of sail boats bob in front of the colourful houses that line the street.

After a long day of travelling (over ten hours of flying, not to mention waiting around in airports), we were pretty exhausted, so we decided to end our day after the walking tour had finished.

We headed to where we were staying and quickly hit the hay, excited for what the rest of the trip would hold for us. And exciting it certainly was!

Check out Day 2 of our trip to Copenhagen.

Or check out the rest of my travel blogs!